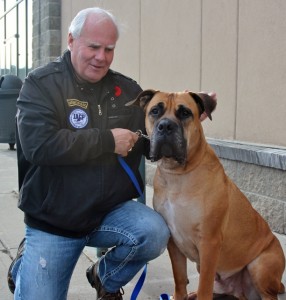 Prospective owners must understand that owning a boerboel requires a significant commitment in time and energy as the need to be trained and properly socialized in order to become a well-adjusted family member. These dogs thrive under strong leadership and require human companionship and structure. Owners must be able to control their dogs, through social dominance (developed mutual respect) or even physical strength if necessary to prevent the breeds’ natural protectiveness from becoming aggression. If you are considering a adding a boerboel to your family remember that a 150 pound plus lion-fighting dog is not for the faint-of-heart and can do a lot of damage. It is my opinion that very few people would possess the character to own such a dog.

The South African Boerboel Breeders Association (SABBA) will register a Boerboel only after it has been appraised on individual merit, and not pedigree. The CKC does not recognize the Boerboel as a registered breed.

Just thought I would write a success story for you to share with...